The long and impressive list of mines and companies built by Dale Corman during a 50-year career is a testament to his ability to see the potential of early-stage opportunities and bring them to feasibility and fruition. He has served as president of seven public companies and director of 25 listed companies, and was involved in the development of seven mines and mineral deposits in Canada, and other parts of the world.

His early successes in the 1970s include the high-grade Sturgeon Lake base metal mine in Ontario, the Lake George antimony mine in New Brunswick, and the Cullaton Lake gold mine in Nunavut. In subsequent decades he led several Vancouver-based juniors, notably Western Copper Corp. and related entity Western Silver Corp. He was a tenacious champion of large copper and copper-gold projects, including the Carmacks and Casino deposits in Yukon, which were both advanced to feasibility. The highlight of his career was the discovery and development of the world-class San Nicolas deposit and the Penasquito mine in central Mexico.  Penasquito ultimately became Mexico’s largest gold mine and second largest silver mine and an important asset for current operator Newmont Corporation. 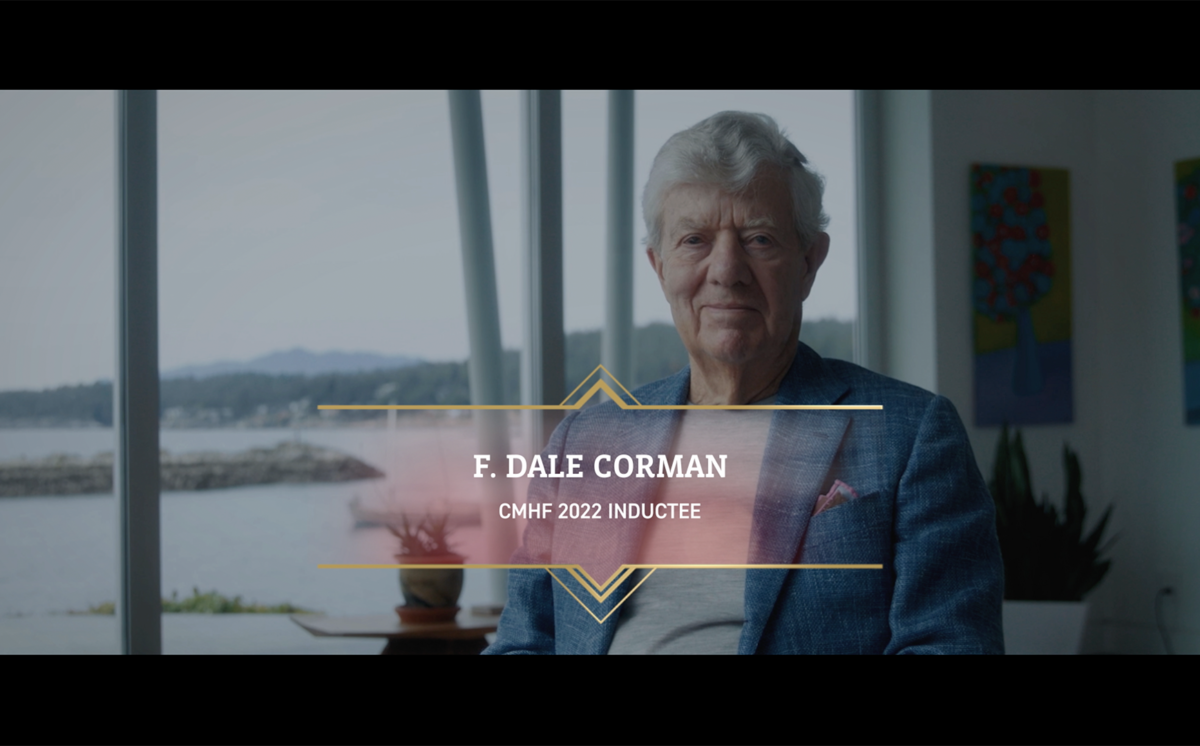 Dale Corman was born in St. Catharines, Ontario, and earned a BSc (Geology) from Rensselaer Polytechnic Institute in New York in 1961. He spent several years in the investment industry before joining Harbinson Mining and Oil Group, where he helped manage a group of 15 listed junior companies. During this period, he was instrumental in bringing the Sturgeon Lake, Lake George and Cullaton Lake mines into production.

In 1989, Corman focused his attention on copper and precious metal deposits in Canada and Mexico. His company, Thermal Exploration, was then in a 50/50 partnership with Western Copper in the Carmacks deposit in the Yukon. A positive feasibility study was completed in 1994, and Thermal and Western Copper soon merged to form Western Copper Holdings with Corman as chairman and CEO. In 1997, Corman led Western Copper’s acquisition of the Penasquito project in Mexico, after seeing potential for a bulk-tonnage polymetallic mine. He also participated in a joint venture with Teck Corporation to explore the nearby San Nicolas prospect. Drilling of a large geophysical anomaly at San Nicolas led to the discovery of a large copper-zinc resource. Major discoveries at Pensaquito soon followed.

Corman moved to Vancouver in 2003. The same year, Western Copper changed its name to Western Silver to reflect the growing importance of the Mexican projects, which attracted investor and industry attention after positive feasibility studies were completed for both projects. In 2006, Glamis Gold acquired Western Silver and its Mexican assets for $1.3 billion. Pensaquito was brought into production in 2009, after Glamis was acquired by Goldcorp (now part of Newmont), and has since produced more than 4 million ounces of gold along with other valuable metals. Teck later acquired Goldcorp’s stake in San Nicolas, which is ranked as one of the largest undeveloped massive sulphide deposits in North America, and the largest in Mexico. Corman then returned to Western Copper (later Western Copper and Gold), which had been spun-out from Western Silver. While the copper assets are as yet undeveloped, some are still being evaluated, notably Casino, as evidenced by the involvement of Rio Tinto in 2021.