The career achievements of Patricia (“Pat”) Dillon are unique in Canadian mining history as they encompassed leadership roles in industry associations and outreach initiatives to help the sector navigate social change and chart a more sustainable future. She joined Teck Resources as a geologist in 1979, and advanced to more senior roles as her organizational and communication skills came to the fore. This experience was a springboard for volunteer positions with the Prospectors and Developers Association of Canada (PDAC) and Canadian Institute of Mining and Metallurgy and Petroleum (CIM).  She served as committee chair, board member, and president of both organizations, and was an early advocate of Corporate Social Responsibility (CSR).  Dillon also contributed to the CSR initiatives of the Mining Association of Canada (MAC), notably “Towards Sustainable Mining” and “Mining Works for Canada”. Her greatest contribution is as a founder and driving force of Mining Matters, a charitable organization focused on educating young people about Earth sciences, the minerals industry, and their roles in society. 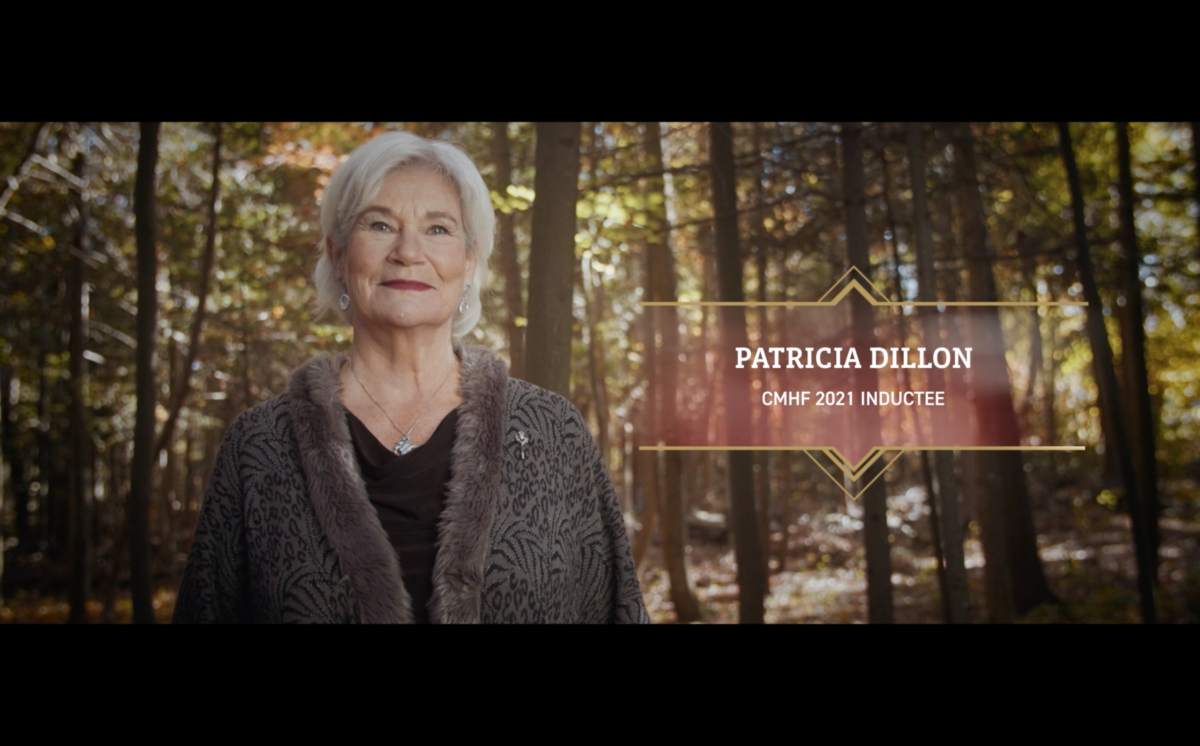 Dillon was born in Toronto and attended the University of Toronto, where she earned a BSc in geology in 1974, and a Bachelor of Education in 1976. Geology was not a common career choice for women at the time, but her entry position with Teck evolved into a 32-year career and ultimately made her one of the best-known industry leaders of the 1990s and early 2000s. The industry faced many challenges at the time, and its associations recognized that something had to be done to improve performance and increase knowledge of the mining industry with governments, educators and the general public.  Dillon played a leadership role in MAC’s innovative “Towards Sustainable Mining” initiative, which led to improved relations between the Mining Industry and Indigenous Communities, in particular.

Dillon has contributed greatly to the success of PDAC in various capacities since 1993, including as president from 2006 to 2008.  She was the chair of Mining Millennium 2000, a conference held jointly by PDAC and CIM that included forums on CSR and the future role of mining in society and was a member of the PDAC committee that developed the original E3 initiative. She also was chair of the Ontario Mining Association’s “Mining New Opportunities” video project for Ontario First Nations.  Dillon is the past chair of the Mining Industry Human Resources Sector Council and co-chaired its National Steering Committee, which produced the “Prospecting the Future Report” in 2005. She also served as chair of the Communications Task Force of the International Council of Mining and Metals.

Dillon’s most enduring legacy is considered to be PDAC Mining Matters, a charitable organization that celebrated its 25th anniversary in 2019. She serves as president and CEO of the organization, which has provided educational resources promoting mineral literacy to more than 800,000 students and teachers in Canada, in English, French and several Indigenous languages.

Patricia Dillon has received the CIM’s Past Presidents’ Memorial Medal, Distinguished Service Award, and Fellowship Award, and PDAC’s Distinguished Service Award, in recognition of her achievements.  She is also the recipient of the Queen Elizabeth II Jubilee medal, was named a “Superhero of Industry” by the Canadian Science and Technology Museum and recognized as one of the 100 Global Inspirational Women in Mining in 2014 by Women in Mining (UK).