The life story and career accomplishments of Peter (“Pete”) Risby are truly extraordinary in Canadian mining history. He was a tenacious entrepreneur of  Black and German descent who overcame adversity to become a successful prospector and miner in Northern Canada. He began prospecting in 1957, initially for syndicates, and later on his own or with Indigenous partners. His early finds include the Risby-Tungsten property in Yukon and the Lee property in the Northwest Territories (NWT). The Lee project was the foundation for his involvement with Welcome North Mines and subsequent discovery of more than 80 projects optioned to major companies. In 1981, Risby began exploring the placer potential of the Indian River Valley near Dawson City. He went on to develop and operate the Indian River mine, which became a leading gold producer and a major contributor to Yukon’s economy. 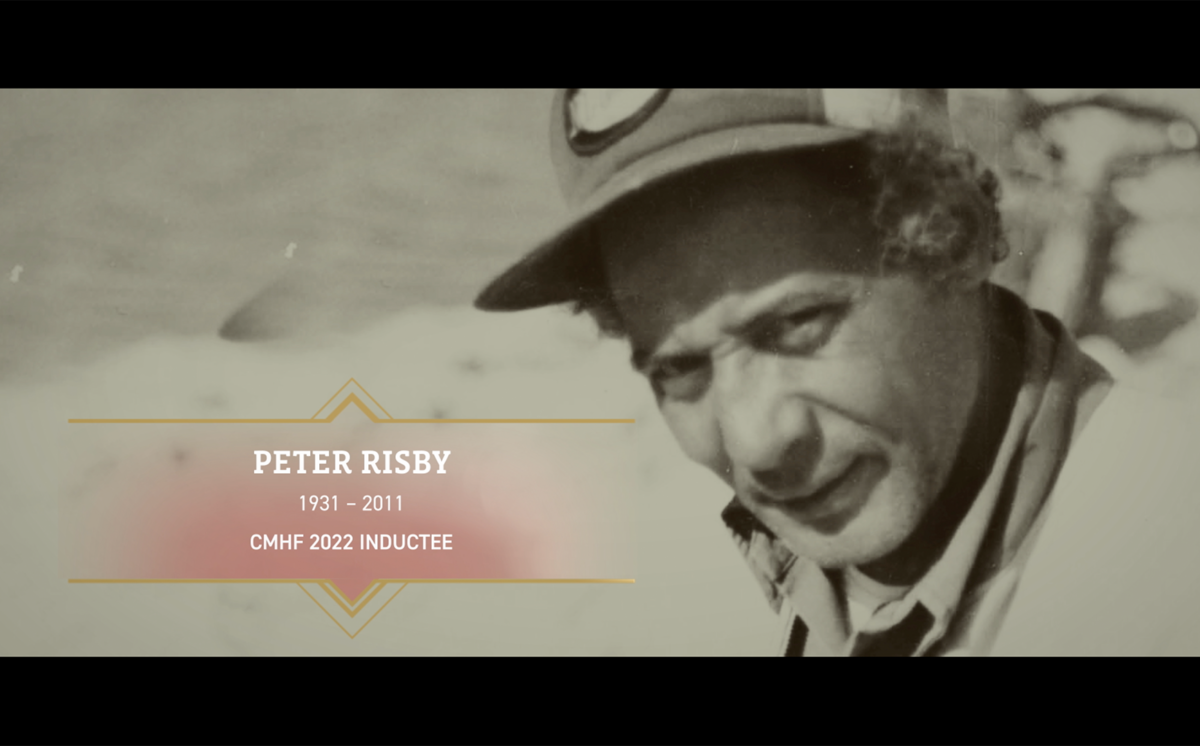 Risby’s life story is equally inspiring. He was born in Kansas in 1931, to a Black railway porter and a German nursing student who fled to Canada to avoid persecution by the KKK. The family settled in a Cree community in Alberta, where they were welcomed. Here, Risby learned vital bush navigation and survival skills. Risby was forced to attend a residential school, but escaped at age seven  and never returned. He spoke fluent Cree, and could read but not write. He was a keen learner  who developed an uncanny photographic memory, and applied these skills to navigate life. As a teenager, he was hired as a Cree interpreter for the Royal Canadian Mounted Police during treaty negotiations in Northern Canada. At age 18, he joined the Canadian Army and served in the Korean War , where he was wounded. He applied the mechanical skills learned in the military and became a heavy-equipment operator at the Cassiar asbestos mine, where he met a geologist who sparked his interest in rocks and minerals. He began prospecting in Yukon, and sold his first claims to Johns Manville Co., then the world’s largest asbestos producer. He discovered tungsten in the Pelly Mountains and formed an enduring friendship and partnership with Al Kulan (2005 CMHF inductee).

In 1967, Risby and Indigenous prospector Art John staked a copper-lead-zinc-tungsten discovery near Godlin Lake, NWT. The discovery sparked a staking rush and the formation of Welcome North Mines, which he co-founded with Kulan, John Brock and Irene Wilson. As Chief Prospector and Director for a decade, Risby found over 80 prospects that were optioned to major companies. Due to his upbringing among the Alberta Cree, Risby was an advocate for inclusion in the industry. He spent several years teaching prospecting and mineral identification courses to Indigenous students and was one of the first to hire women for exploration programs. In 1981, he left Welcome North to prospect the vast Indian River Valley south of Dawson. He was the first to seriously evaluate the placer gold potential of the area and soon saw potential for a larger scale mine than most “mom-and-pop” operations of that time. He faced challenges, but persevered and ultimately developed, owned and operated the Indian River placer mine. Government reports of the time described it as a “leading gold producer” that “contributed significantly to the economy of the Yukon.” The project attracted international attention, as did Risby, who joined an International mining delegation to China in 1995. He was inducted into the Yukon Prospectors Hall of Fame and named Mr. Miner in 1996, for his technical achievements, economic contributions and as a trail-blazing advocate of diversity and Indigenous inclusion  in Canada’s minerals industry.