Although born in Australia, Phillip Mackey is known worldwide as one of Canada’s most prominent metallurgists in the field of non-ferrous extractive metallurgy.  He is one of the few Canadians to have advanced the development of not one but two significant copper smelting technologies that have benefited copper metallurgical plants around the world. He co-developed the Noranda Reactor Process that has treated roughly 40 million tonnes of copper concentrate since its inception in Canada alone, and about 80 million tonnes globally, making it a major non-ferrous smelting technology. He co-invented the Noranda Converting Process, which has produced more than 4 million tonnes of copper since the late 1990s and remains the world’s third most productive copper converting technology. In addition to these and other technical achievements, Mackey expanded industry knowledge as a prolific author of technical papers, renowned lecturer, and inspirational mentor of young metallurgists. 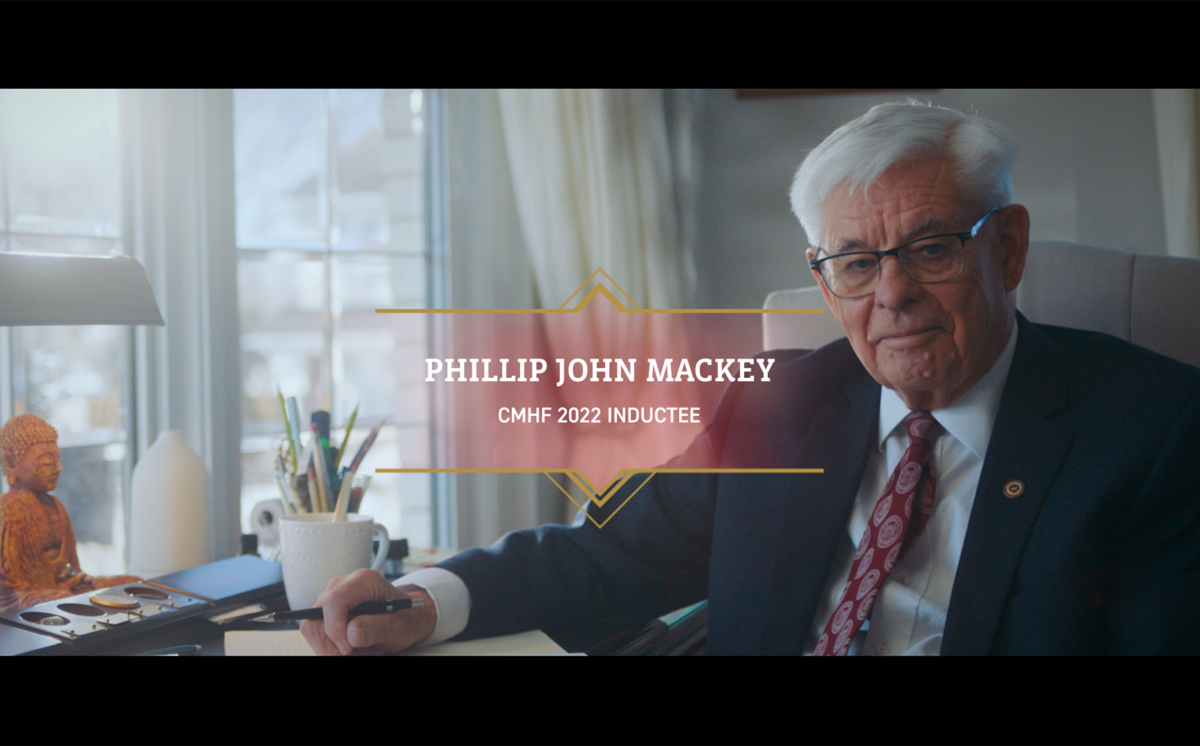 Mackey obtained a BSc (Honours) from the School of Metallurgy at the University of New South Wales, Australia, in 1963, and completed his doctorate there in 1969. He then moved to Montreal to join Noranda Research Centre, which was then striving to develop a new autogenous smelting process to smelt concentrate to metal in one step. Other smelting processes had been developed, but were not compatible with the feed flexibility that Noranda was seeking. As Pilot Plant Supervisor, Mackey helped develop the Noranda Reactor Process, which was first implemented at the Horne smelter in the early 1970s. The process also achieved early success in the United States, Australia, and China, and soon evolved to become the world’s best process for making a high-grade matte.

Mackey was later instrumental in developing the Noranda Converting Process, which was installed at the Horne smelter in the late 1990s, and provided enhanced environmental performance compared to the former converter. The Noranda Converter was one of the first continuous converters to be installed worldwide and has since produced more than about 4 million tonnes of copper. He was involved with other initiatives during his career with Noranda (and related entities such as Falconbridge and Xstrata), including new developments for processing lateritic nickel deposits, and concluding technology agreements with other nations, notably Chile. He conducted due diligence and technical studies on a range of projects around the world. His expertise has benefited numerous metallurgical operations and continuous improvement projects. He formed his own consulting company after leaving Xstrata and this has led to a range of projects worldwide, including work on the development of a new nickel laterite project in Brazil.

He was a co-founder of the Copper-Cobre conferences, which expanded from a joint Canadian-Chilean enterprise to embrace the entire global industry. Mackey is on the Board of Hazen Research of Denver, USA.

He is a strong supporter of the Canadian Institute of Mining and Metallurgy (CIM) and is a Past-President of the Metallurgical Society (METSOC). A Fellow of CIM and of The Minerals, Metals and Material Society (TMS) in the USA, Mackey has authored or co-authored more than 100 technical papers covering diverse aspects of non-ferrous metallurgy. His CIM and METSOC Awards include the Silver Medal (2006), a Special Medal of Honour (2007), the Selwyn G Blaylock Medal (2010), and the prestigious Airey Award (2012) for “outstanding contributions” to the field of extractive metallurgy.

He has earned many honours over the years, including the Noranda Technology Award (1998) for his continuous converting process. The Phillip Mackey Symposium was held in his honour at the 2019 Copper Conference in Vancouver. He presented the TMS Extractive & Processing Division Distinguished Lecture in 2020 and received the John Elliott Lectureship Award of the Association for Iron and Steel Technology for 2021-2022.