William (“Bill”) Jewitt has the rare distinction of being an inductee into the Canadian Mining Hall of Fame (2021) and the Canadian Aviation Hall of Fame (1978).  He was a pilot and flight instructor during the First World War, a mining engineer by profession, and a senior executive of Cominco, which continues as Teck Resources Limited.  He joined Cominco in 1927, and contributed to the discovery and development of many of its mines by combining “eyes in the skies” aerial prospecting with “boots on the ground” engineering expertise. The list includes famous mines such as Echo Bay, Con, Thompson Lundmark, Ptarmigan and Pine Point.

Bill Jewitt was a teenager when his family emigrated from England to Canada in 1910. They settled in Calgary, where his father worked as a school teacher and principal. He became the first King Scout in Alberta, which foreshadowed a remarkable career. As war broke out in Europe, Jewitt enlisted with the Princess Patricia Light Infantry and saw action as a machine gunner in the trenches of France.  He transferred to the Royal Flying Corp. and became an instructor and test pilot for the Royal Air Force in Europe.  He continued to fly after the war and survived a spectacular collision with another aircraft. He returned to Canada after overcoming his injuries. 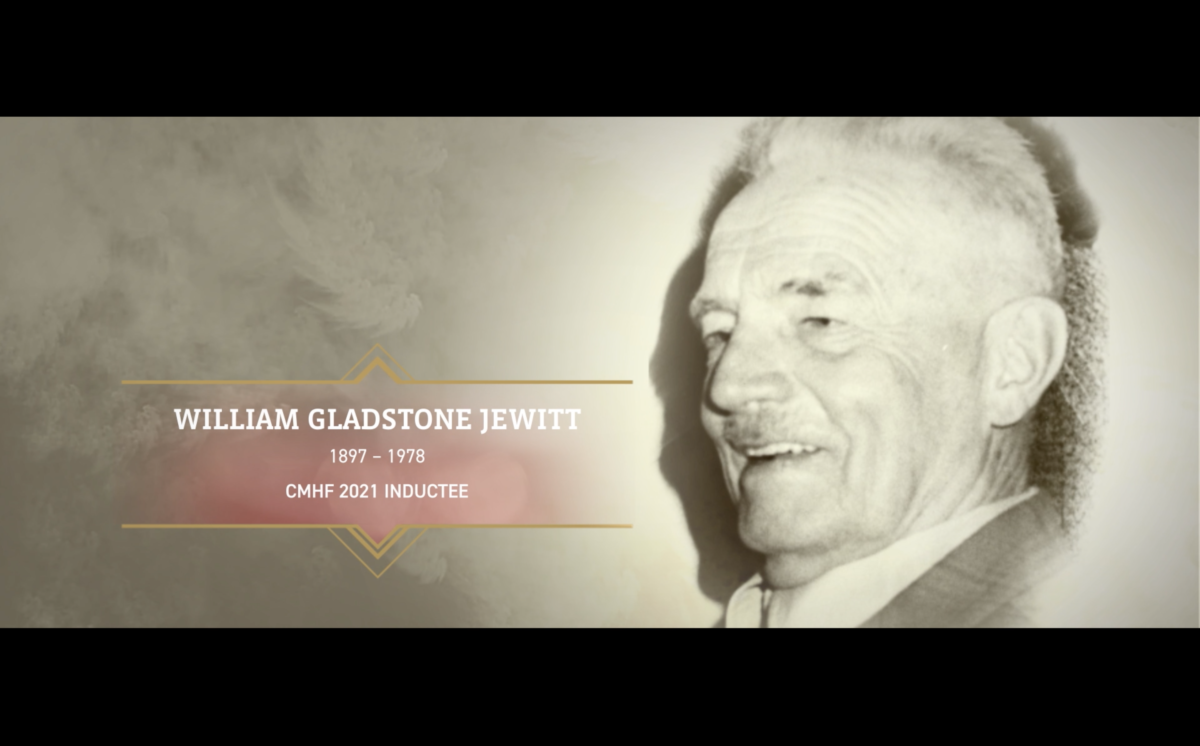 Jewitt graduated with honours from the University of Alberta in 1923, with a BSc in mining engineering. He joined Cominco as an assayer at its Trail smelter in BC, and transferred to the mining group as an exploration engineer and pilot in 1929. The company then had 12 planes in service exploring unmapped territory in Canada’s North. Jewitt trained company engineers and geologists to fly as part of their exploration responsibilities and also made lasting contributions to mapping and mineral exploration in Canada’s North, notably in the Northwest Territories (NWT).  His own exploration efforts led to the opening of the Box gold mine in northern Saskatchewan, and the Con gold and Echo Bay silver mines in NWT.  He negotiated an Agreement leading to discovery of the Magmont Mine in Missouri.

When Jewitt’s aviation career ended in 1954, he had personally flown the farthest-ranging and most difficult flights, some into the Arctic islands where no aircraft had ventured. He pioneered new methods of aerial prospecting and carried out emergency flights under difficult conditions.

In 1948, Jewitt was appointed manager of mines, and became vice-president of mines in 1952. Under his direction, Cominco modernized the Sullivan mine, then the world’s largest lead-zinc-silver mine, and developed the Bluebell, HB, Tulsequah Chief, and Coast Copper base metal mines, and Pinchi Lake mercury mine in BC; the Wedge copper mine in New Brunswick, and the Nong Bhai mine in Thailand.

He retired from Cominco in 1962, but continued as president of Pine Point Mines and Coast Copper Mines. He later served as president of Western Mines until 1977, and contributed to the success of its Myra Falls copper-lead-zinc mine on Vancouver Island.

In 1956, Jewitt received an Honorary Doctorate degree from the University of Alberta for his contributions to mining and exploration in Northern Canada. In 1978, he received the Order of Polaris from the Yukon government in recognition of “an outstanding role as a pioneering aviator in the Canadian North,” and “for courage in navigating the uncharted wilderness.”