David Elliott earned his reputation as one of Canada’s preeminent resource financiers by funding more than 400 exploration and development companies and supporting and mentoring a generation of mining geoscientists. As a founding partner of Haywood Securities, he demonstrated a rare ability to combine industry talent with quality projects and investment capital. Haywood grew from a small Vancouver firm with 15 employees in 1986, into one of Canada’s premier mining merchant banks with 300 employees and $10 billion of assets under management. Elliott was a stalwart champion of junior mining, even in tough times, and an early supporter of many of its greatest successes, notably diamond discoveries in Canada and the Pierina gold mine in Peru. He is known and respected for his acumen, integrity, and core principle of investing in people over transactions. He is also a generous supporter of worthy social and environmental causes. 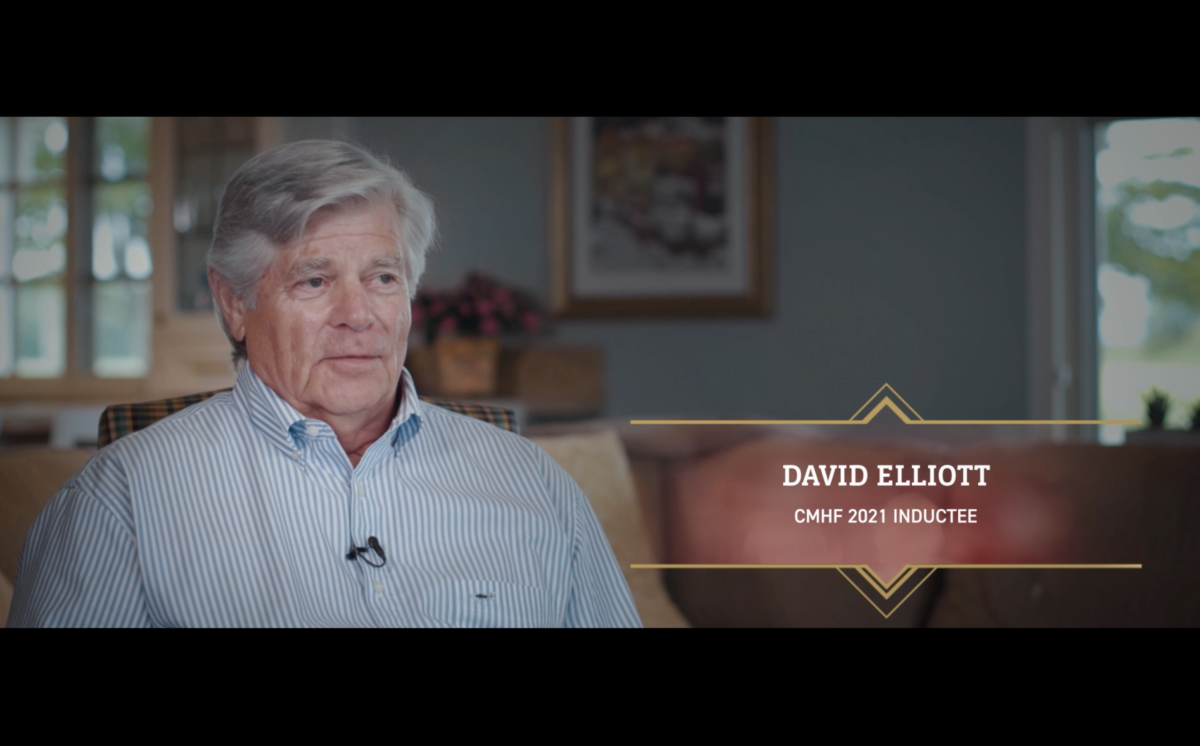 David Elliott was born in Kingston, Ontario, and began his career as a junior programmer at the Montreal Exchange in 1968. A year later he became a securities trader at the Montreal brokerage firm of Dougherty Roadhouse MacQuaid and was transferred to Vancouver.  He spent several summers prospecting in the Yukon where he worked in mining finance and trading at several brokerage firms.  In 1986, he seized the opportunity to purchase Haywood with partners David Shepherd, John Tognetti, Rob Blanchard and George Bealy. It was then a small shop, but the partners saw potential for growth. They bought a seat on the Toronto Stock Exchange and launched an ambitious plan to build a strong base of retail sales personnel and clients, and raise capital for junior mining companies.

As a partner and director, Elliott helped strengthen Haywood’s research, corporate finance and compliance departments during the 1990s. An institutional desk was added in 1998. During this period, he focused on building relationships with companies led by strong technical teams. He had previously supported the first heap-leach gold mines in the United States, and later became involved in a predecessor of Glamis Gold, which was acquired by Goldcorp for US$8.6 billion in 2006. He partnered with Stewart Blusson on the formation of Pioneer Metals and supported Blusson’s early exploration efforts for diamonds in the Canadian Shield. He also participated in an initial $5-million financing for Arequipa Resources, which discovered the 10-million-ounce Pierina gold deposit in Peru.  Barrick Gold ultimately acquired Arequipa for $1.1 billion in 1996.

The list of companies and people that Elliott supported over four decades is long, but includes the Bema Group, Alamos Gold, CGA Mining, Globetrotter Resources, Midas Gold, Ventana Gold, Reservoir Minerals, Fiore Gold, EMX Royalties, and Transition Metals, among others.  The impact on the Canadian mining industry is similarly vast, and hugely beneficial in preserving the junior mining sector and establishing Canada as a global financial hub for resource investment.